Associazione San Giorgio Martire di Sydney is a not-for-profit organisation that was established in Sydney in 1977 by a devoted group of migrants who sought to maintain and foster the religious and cultural traditions from their home town of Martone, Reggio Calabria, Italy.

Over the years, the Association has hosted numerous functions and events, including a very successful annual festival of San Giorgio, the patron saint of Martone, for the benefit of the local and wider community, encouraging and promoting the maintenance of Italian traditions, cultural and religious activities amongst people of Italian heritage and their families and descendants in Australia. 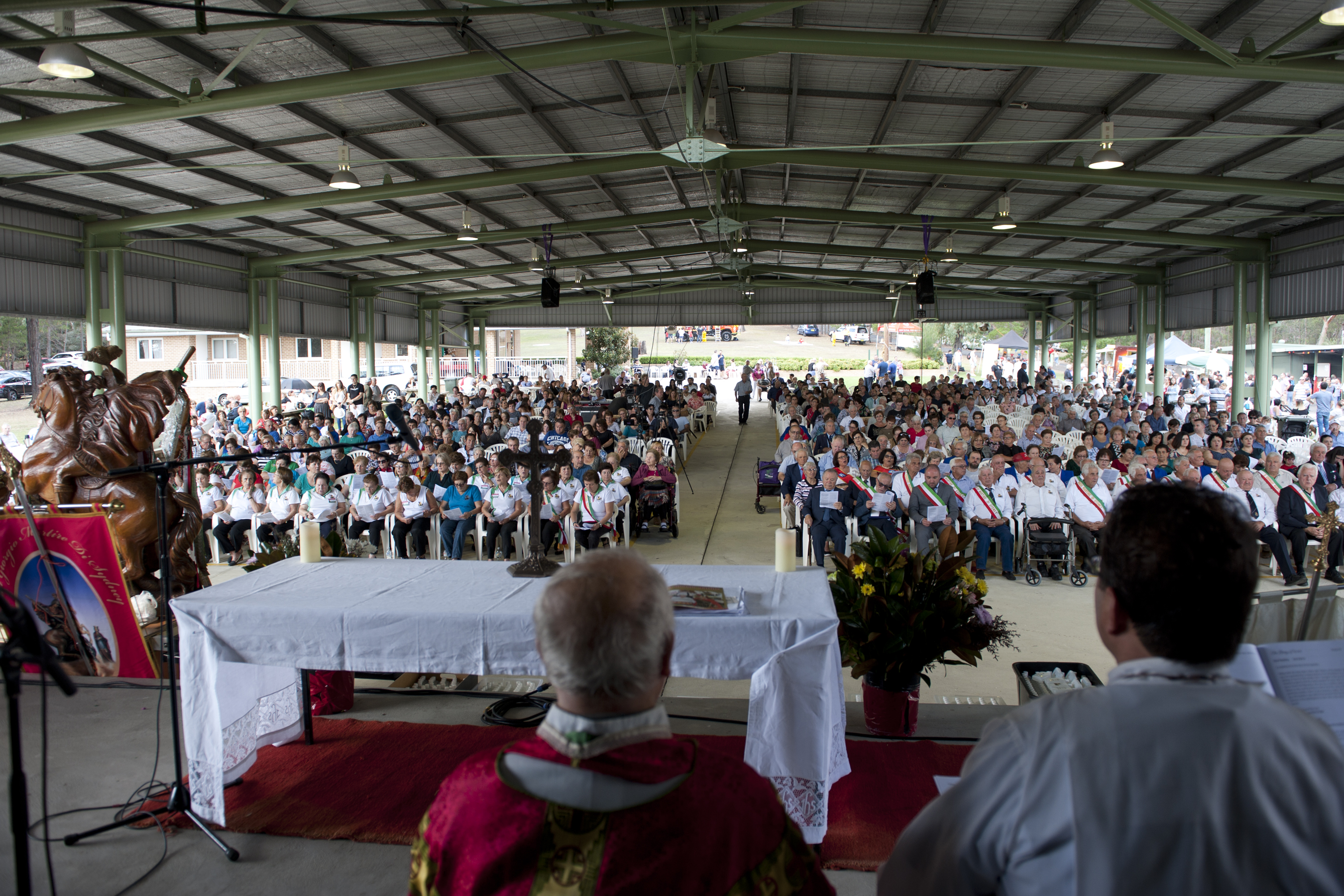 Following the establishment of the Associazione in Sydney in 1977, the statue of San Giorgio Martire was commissioned in Italy and upon completion it was flown to Sydney.

The first annual San Giorgio Festival was held at Leichhardt Oval in 1978 and it remained there for six years. As the numbers grew the Festival was moved to larger facilities at Wentworth Park from 1984-1986.

After much fundraising and community support the Associazione purchased Centro San Giorgio at 234 Pitt Town Road, Kenthurst and the Festival has been held there since 1987.

The Festival is now an all-day event in April each year that includes the raising of a’Ntinna, Holy Mass, Procession, Showtime Entertainment, food stalls, rides, fireworks display and much more.

Be the first to know our latest news & announcements